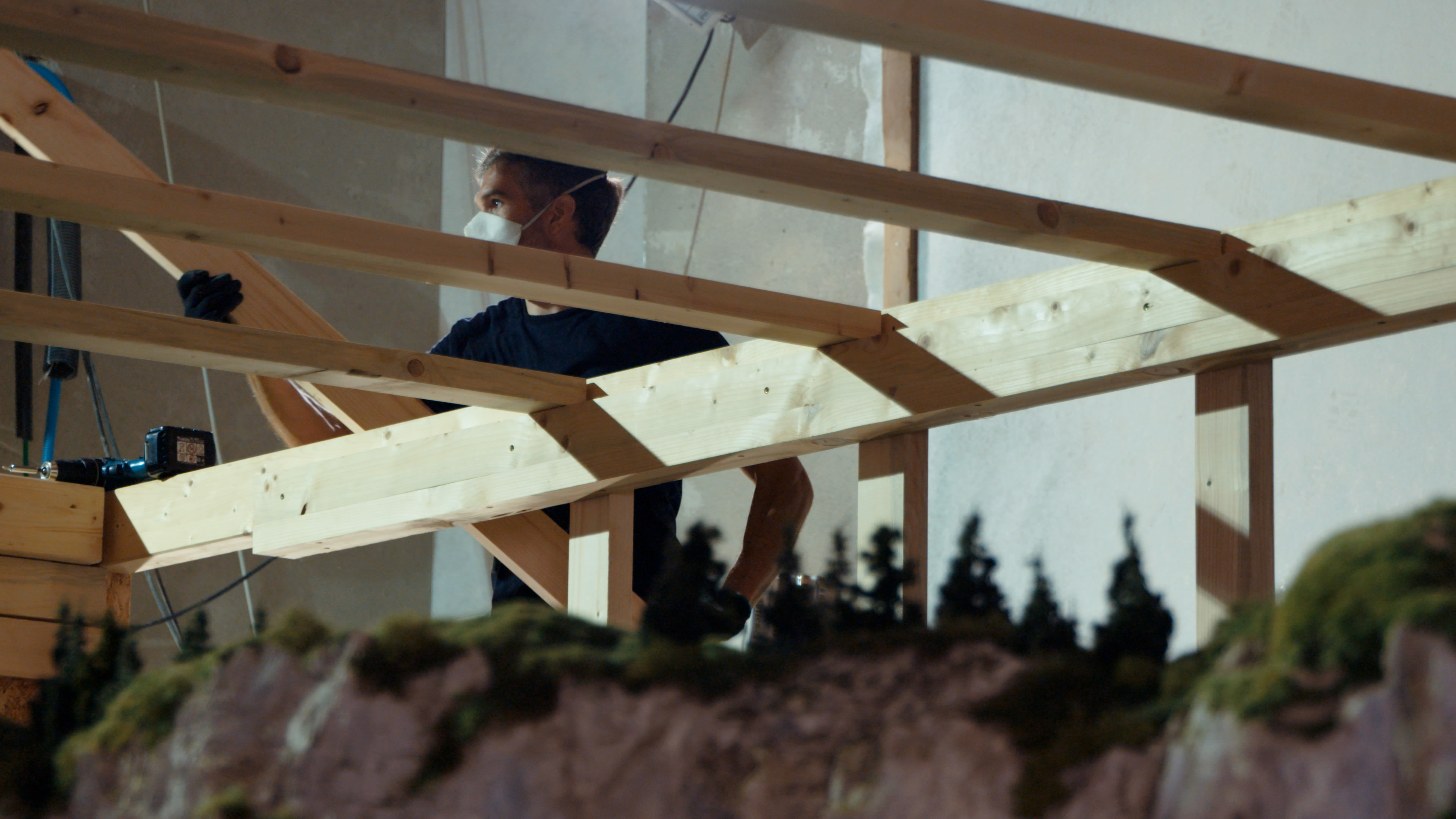 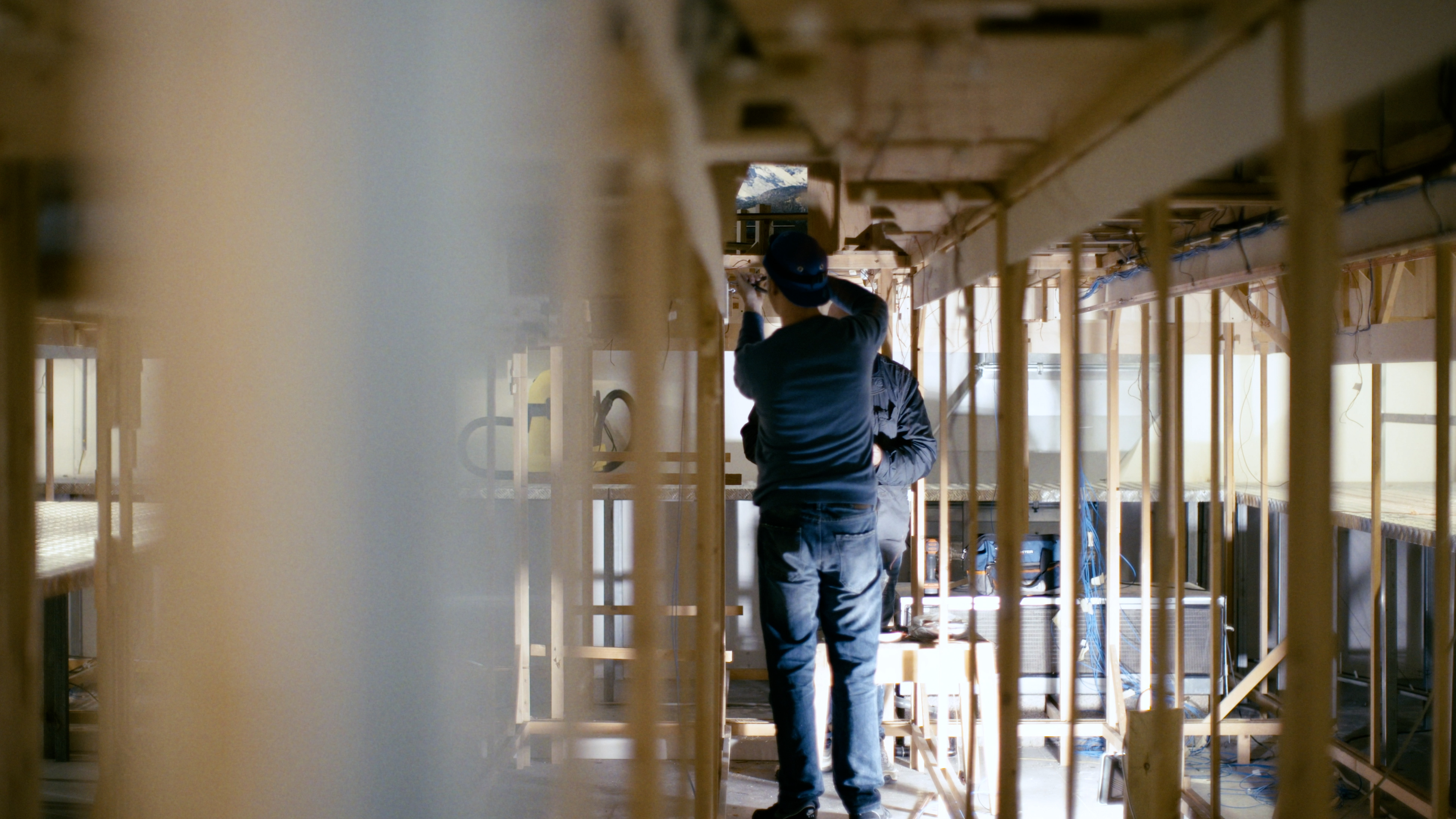 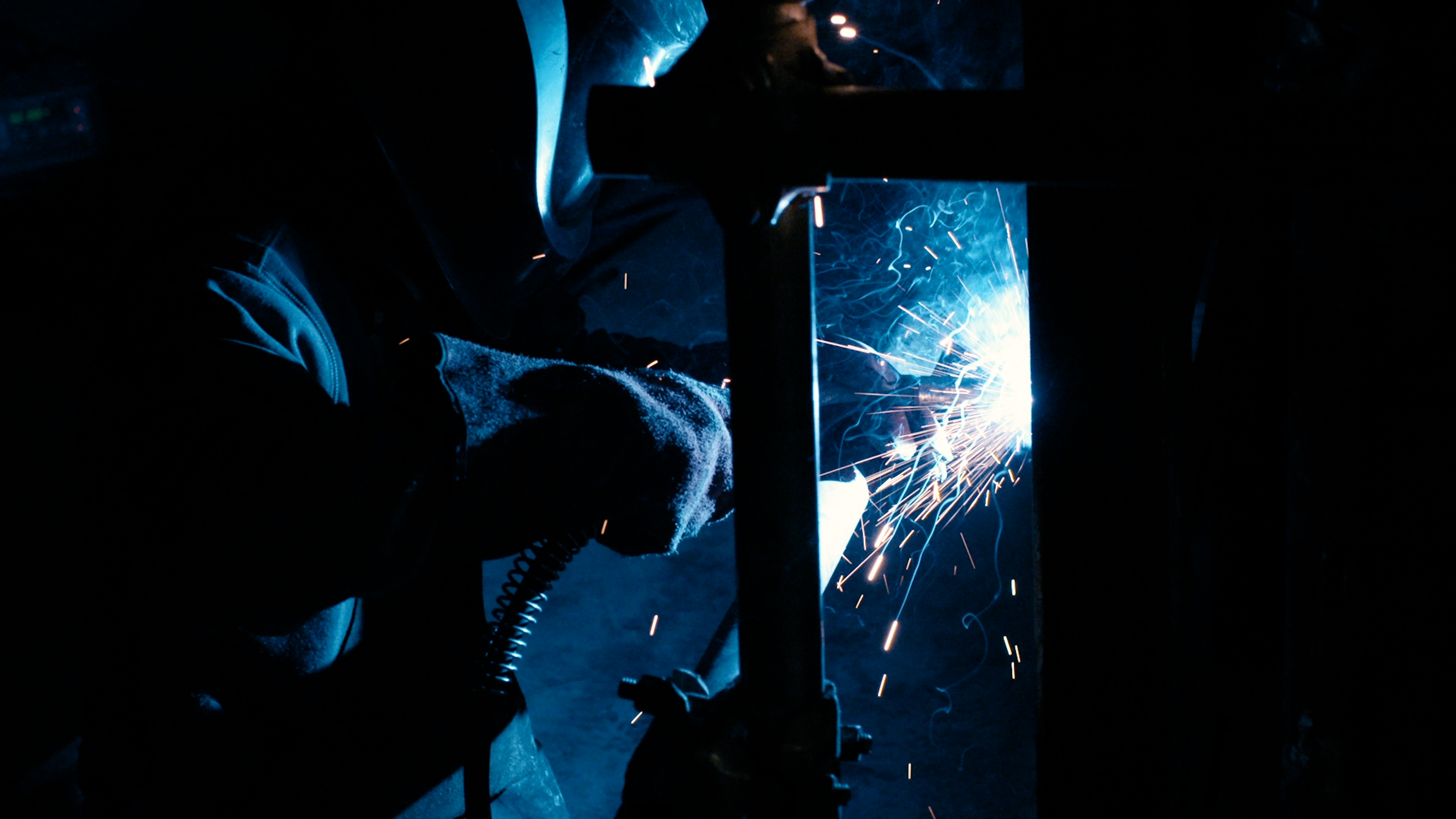 HZERO came about as an evolving project, a progressive construction conceived to offer a uniquely captivating and immersive experience. From its name, which refers to a technical term used in modelling to define the scale but also recalls a hyper-technological dimension, the project combines creativity and dedication.

Its beating heart is a hand-crafted work of the highest level: the model railway conceived by Giuseppe Paternò Castello di San Giuliano and created over forty years of passionate work. In the HZERO layout, the mastery and dedication that have allowed the constant improvement of the model railway find a perfect dialogue with new technologies, producing a sensory setting that is born from the meeting between different creative languages.

The visual itinerary begins with the model railway, the protagonist of a genuine poetic choreography of lights, sounds and projections specially conceived to emphasise its scenic rendering.

The system of projections conceived by the Milanese studio Karmachina, in collaboration with curator Alberto Salvadori, takes up the details of the model and reinterprets them in an illustrative vein, through the techniques of illustration and stop motion graphics. The resulting animations amplify the thousand stories told by the model railway and project them in time and space, recalling the changing seasons and the different moments of the day. The fourth dimension is also rendered by the lighting system, conceived by light designer Angelo Linzalata, studied to suggest the impression of passing time through the sequence of different atmospheric events, from storms to snowfalls, from dawn to sunset.

The immersive setting of HZERO is completed and enriched by the soundscape created by the Tempo Reale research, production and museum education centre. The over fifty speakers of the diffusion system are designed to create precise and captivating sequences of ambient sound, completely in tune with the movements of the trains in the model railway and with the video-projections of Karmachina.

The spectacle offered by the model and by its setting becomes the starting point for the exploration of an uncontrollable passion, which from the original enthusiasm of its creator has spread to involve an entourage of friends and professionals united in the creation of a parallel universe. From the synergy between professional commitment and spontaneity there comes about HZERO, a space open to every type of audience and devoted to play in the noblest meaning of the term, as the capacity to be both serious and light at the same time.